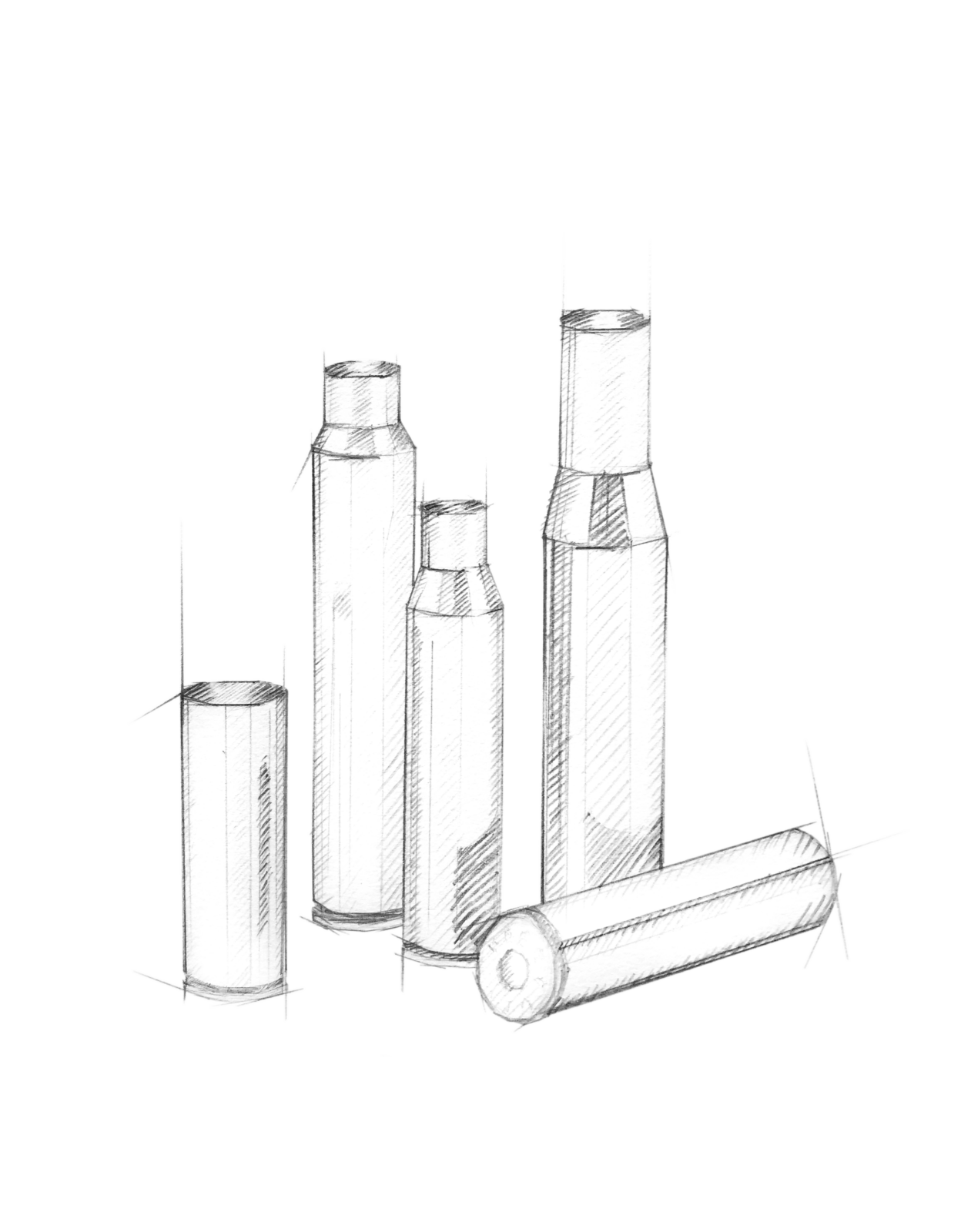 Twenty years before the STOFF Nagel candle holder ever saw the light of day, an idea glistened within the Nagel family. They were deeply affected by the recent end of World War II and the repeated bombings that had largely leveled the nearby city Cologne to the ground. Thousands of people became homeless and the little family could only look on while the spirit of their village was drained and many neighbors moved away. In an effort to create a new livelihood, the four Nagel brothers were sent out into the darkness of night to collect empty American cartridge cases.

The brass cartridge cases were plentiful enough for their blacksmith father to transform the war remnants into ashtrays, vases and candle holders.

It is unknown whether it was the father’s ingenuity or their childhood steeped in metalwork that later inspired the sons of the family to apply to the Cologne Art School, but surely they all shared their father’s passion for art and design. One of the Nagel sons became a painter and sculptor, another a silversmith, but it was Hans Nagel who served as CEO of the small family company, determined to pursue his father’s work, fueled by a creative streak and a penchant for details.

Merely 20 years after the end of the war, the now 35-year-old Hans Nagel met the architect and artist Werner Stoff in in the design community of Cologne. Nagel had long been interested in making beautiful things for the dinner table, while Stoff had been working as a performing artist and had developed his own signature line of rounded objects “without corners.” Their shared loved for good design and passion for art sparked a creative match. 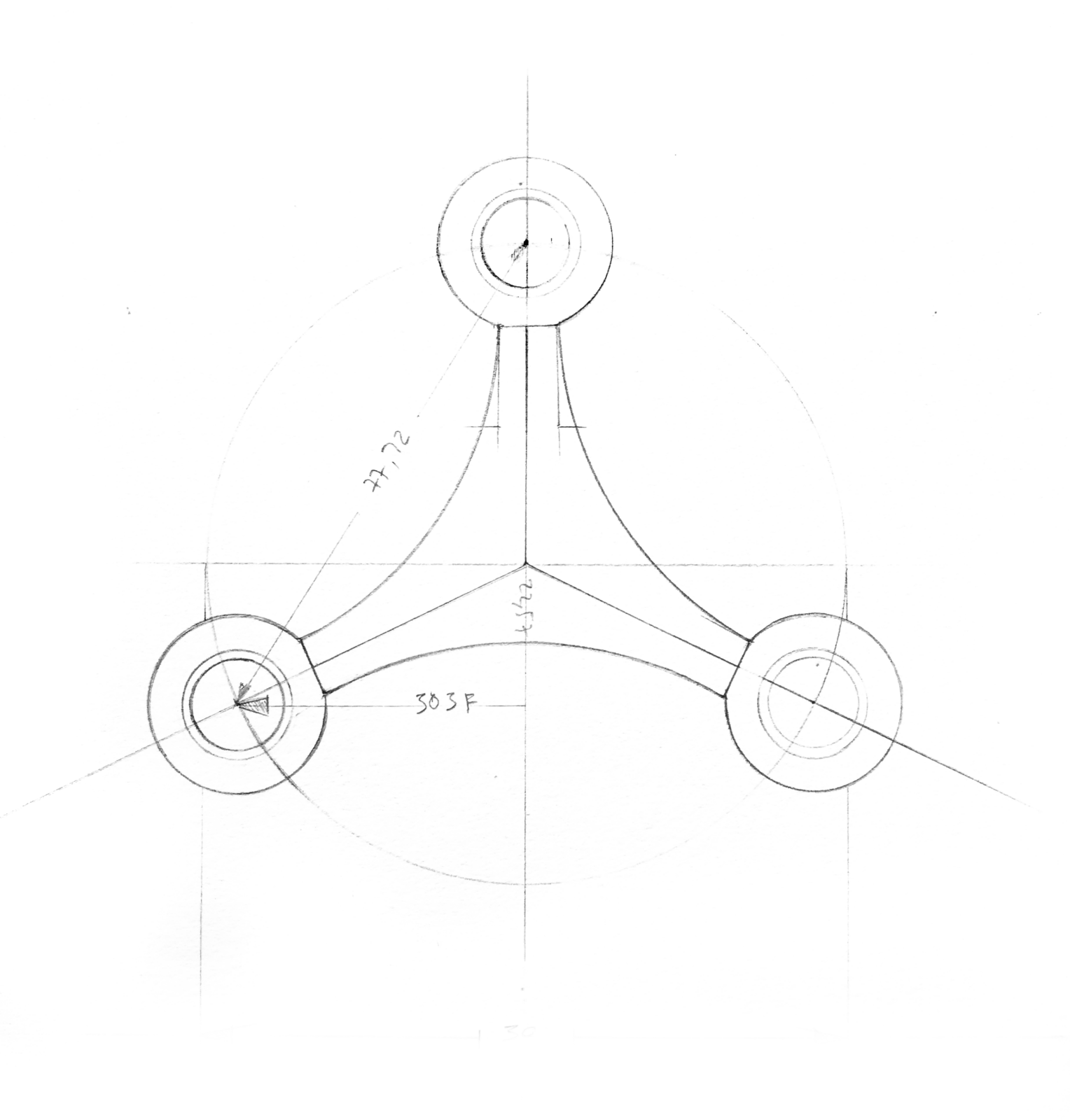 three holes in the snow

Nagel told Stoff that he was struck by an idea during a skiing vacation in The Alps where an accidental backward tumble forced him to break the fall with his hand, thus creating the finest three finger-holes in the snow. The perfect holes brought a candle holder to mind—a beautiful, sculptured and simple candle holder with room for three slim sticks.

Nagel asked Stoff if he would like to make the design for him? This question launched an adventure much like humankind’s desire to reach the moon, motivated by the vast technological achievements of the decade and honed by the boom in individualist expression. Cologne’s rebirth brought the world’s first art market to town. Worldwide ‘design’ was a force influencing all layers of society, and the candle holder became an objet d’art symbolizing movement away from the status quo.

It was in this melting pot of impressions and cultural shifting that the STOFF Nagel candle holder was born. Considered in this light, it may not be so strange that it stands anchored by three legs, casting a sleek, chilly glow with its three domes hovering over a moon-inspired landscape. It is considered a work of art—a personal statement and malleable sculpture ready to assume the shape of its owner’s unique creativity. The STOFF Nagel candle holder launched with great success in the late 1960s and the item turned things around for the Nagel family, making their company world-famous. This piece stands tall as a success story and an unforgettable design rooted in the rubble of Cologne.

Until recently, the STOFF Nagel candle holder has been unavailable in stores, but Danish design company ‘STOFF Copenhagen’ has resuscitated the iconic piece. With respect to the era of its infancy and its signature design, the Danish company has re-launched the timeless icon using Werner Stoff’s original drawings. Now the STOFF Nagel candle holder heads back into homes, assuming its rightful position on mantels, bedsides and dinner tables worldwide. Hans Nagel and Werner Stoff’s dreams and the spirit of the age are revived and ready to delight design-loving generations to come. 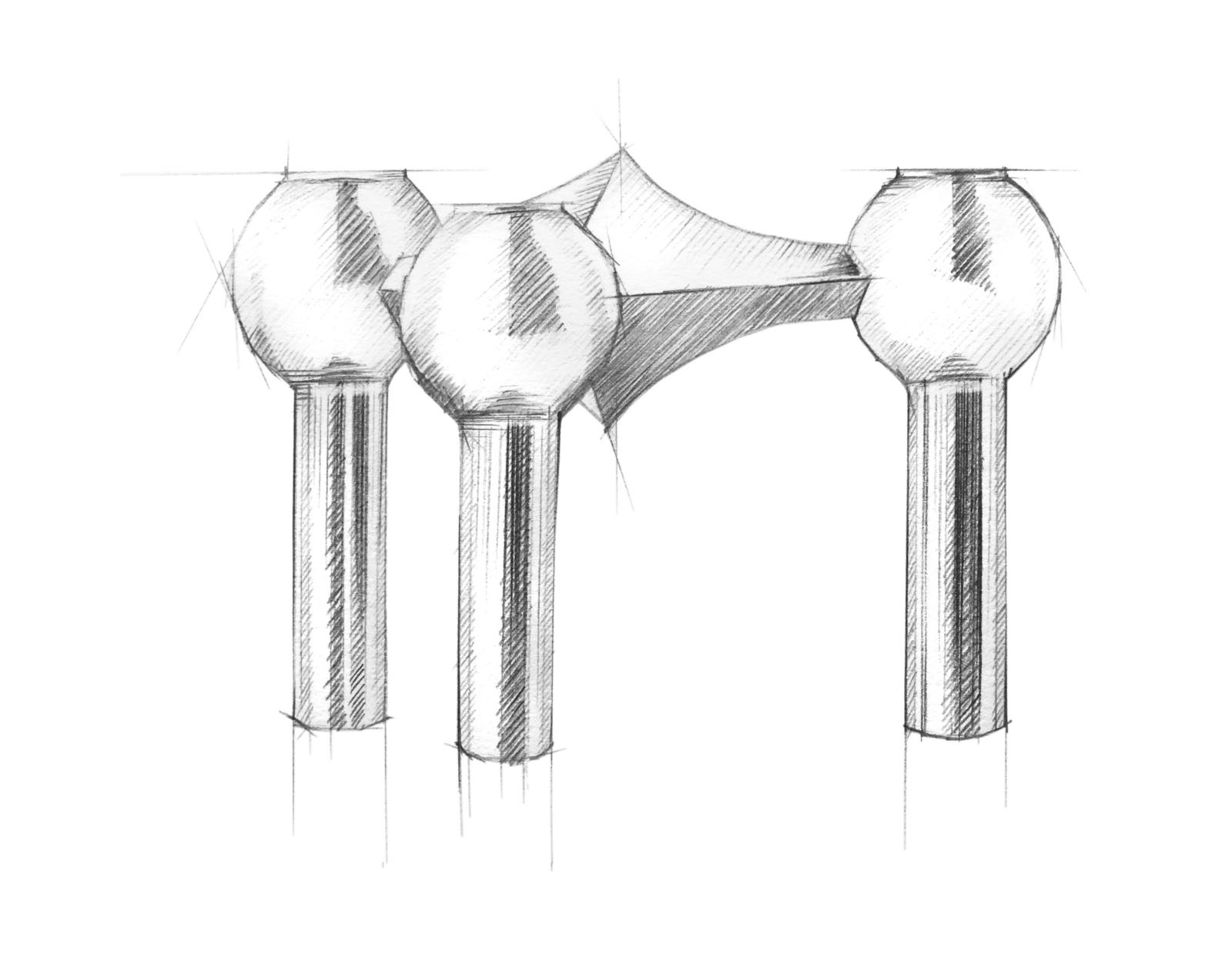 The candle holder has been a bestseller in Europe for generations exhibited in the global world of art. It is considered a utilitarian testament to form and functionality, doubling as a sculpture that honors creative individualism. 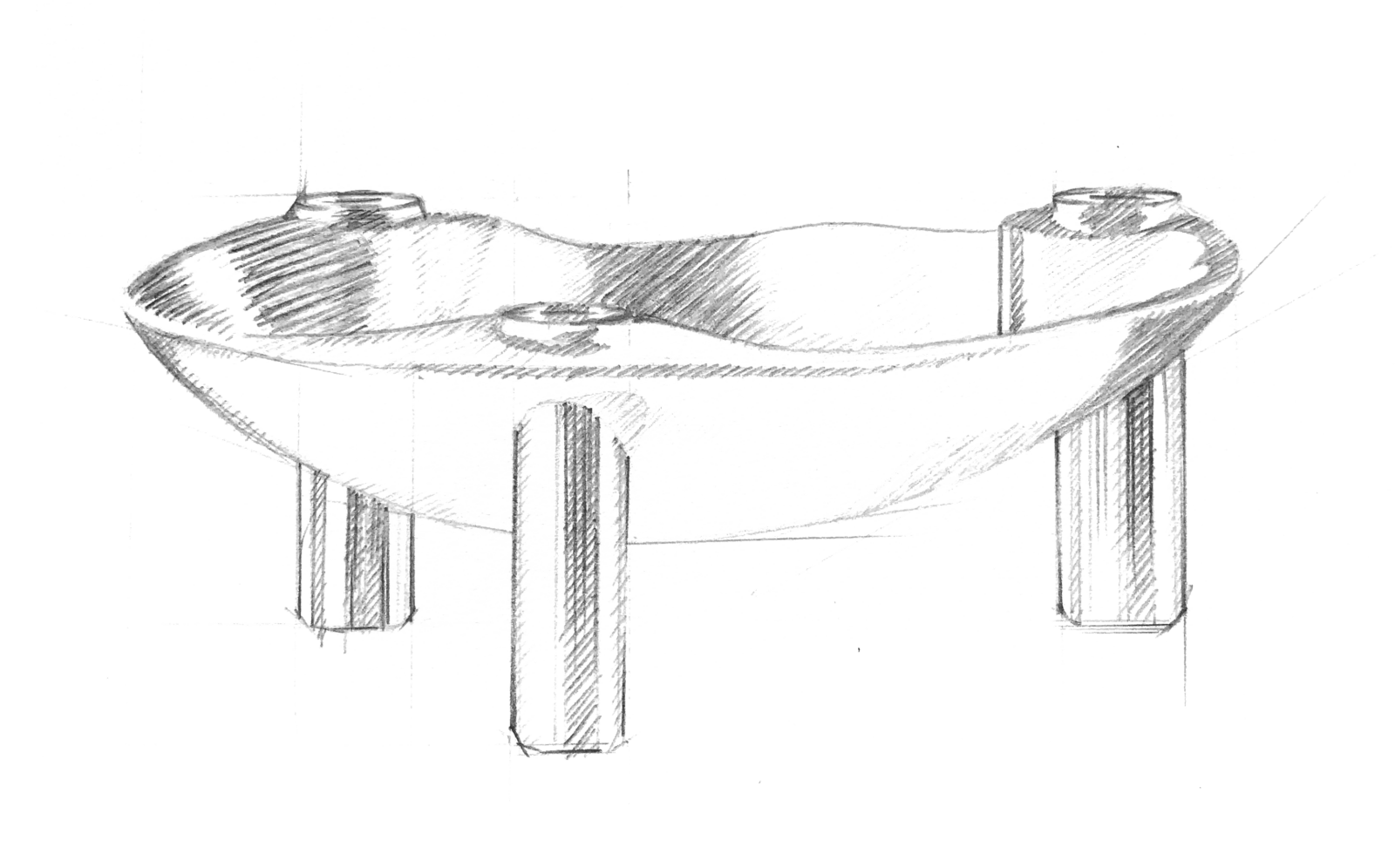 The bowl relaunches in chrome, solid brass and black.

The original purpose of the bowl design was to be used as an ashtray, but today it has several other design features. It invites its owner to be even more creative with their STOFF Nagel sculpture by adding seasonal decorations or candles. 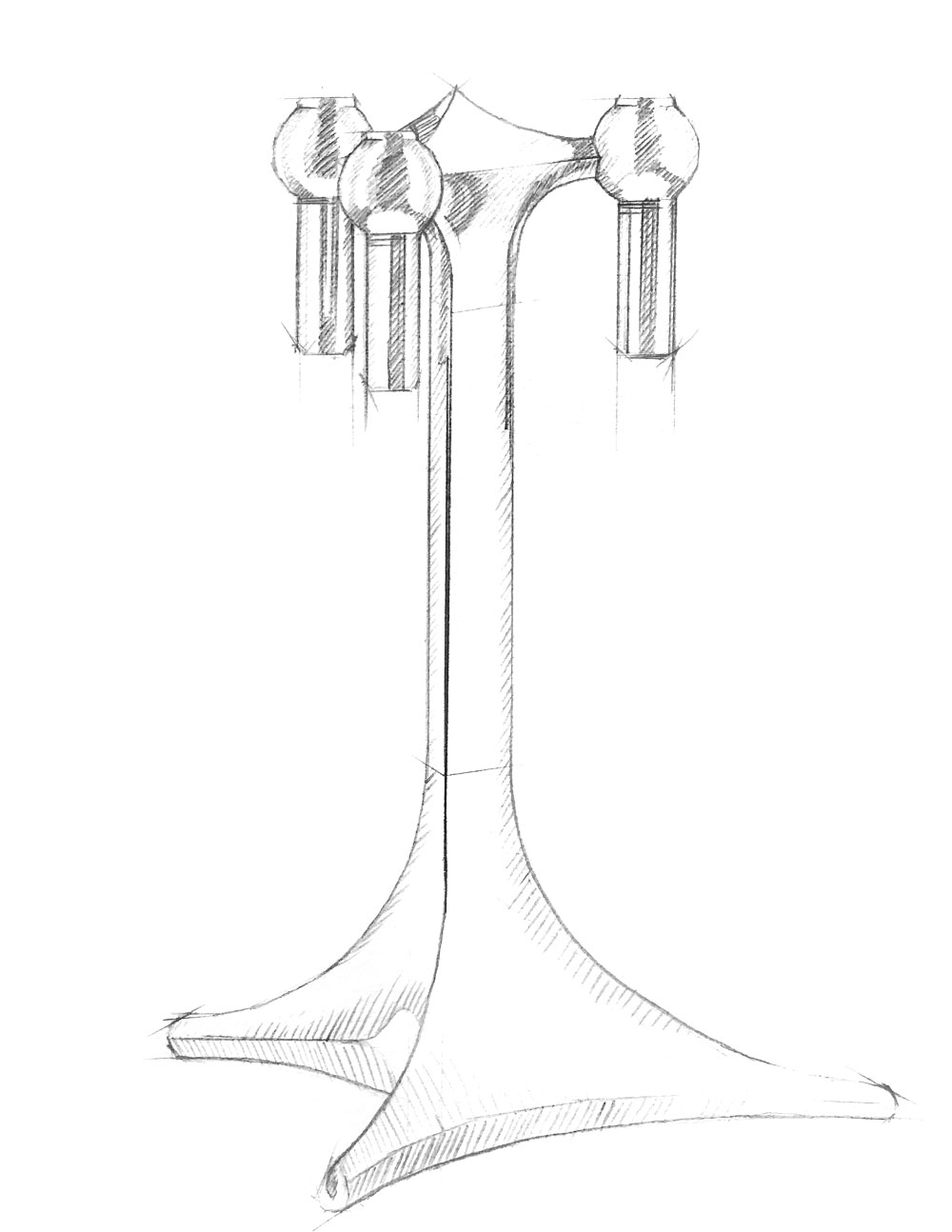 The stand relaunches in chrome, solid brass and black.

The stand is another rediscovery from the 1960s. It can be used on its own or with a number of STOFF Nagel candle holders and candles to create a sculptural and extravagant candelabra. 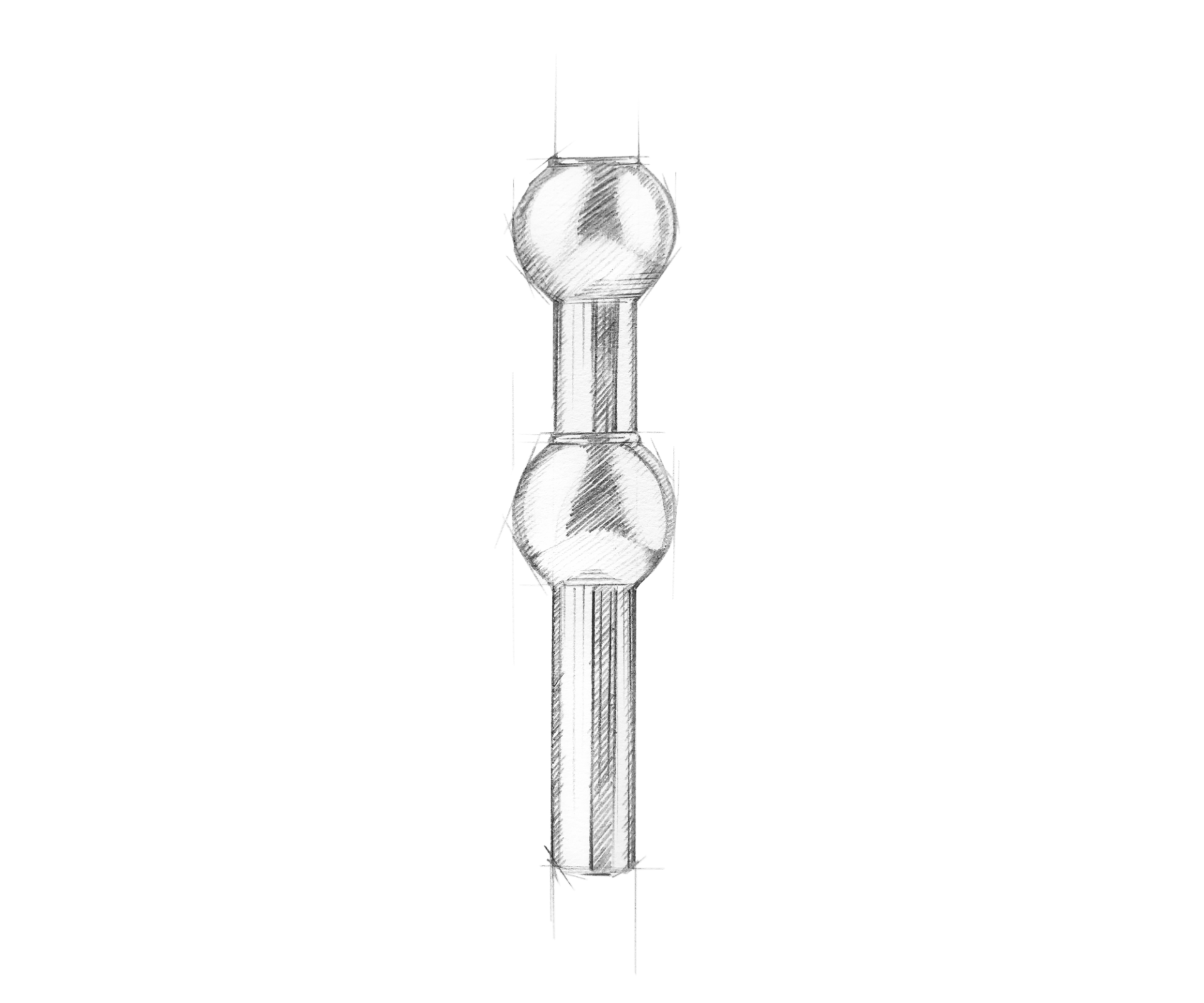 The first vase launches in chrome, solid brass and black.

The vase is designed as a natural and modern continuance of the characteristic STOFF Nagel expression and can be combined with both the candle holders, the bowl, and the stand. Depending on the season both fresh and dried flowers can be used in the vase. 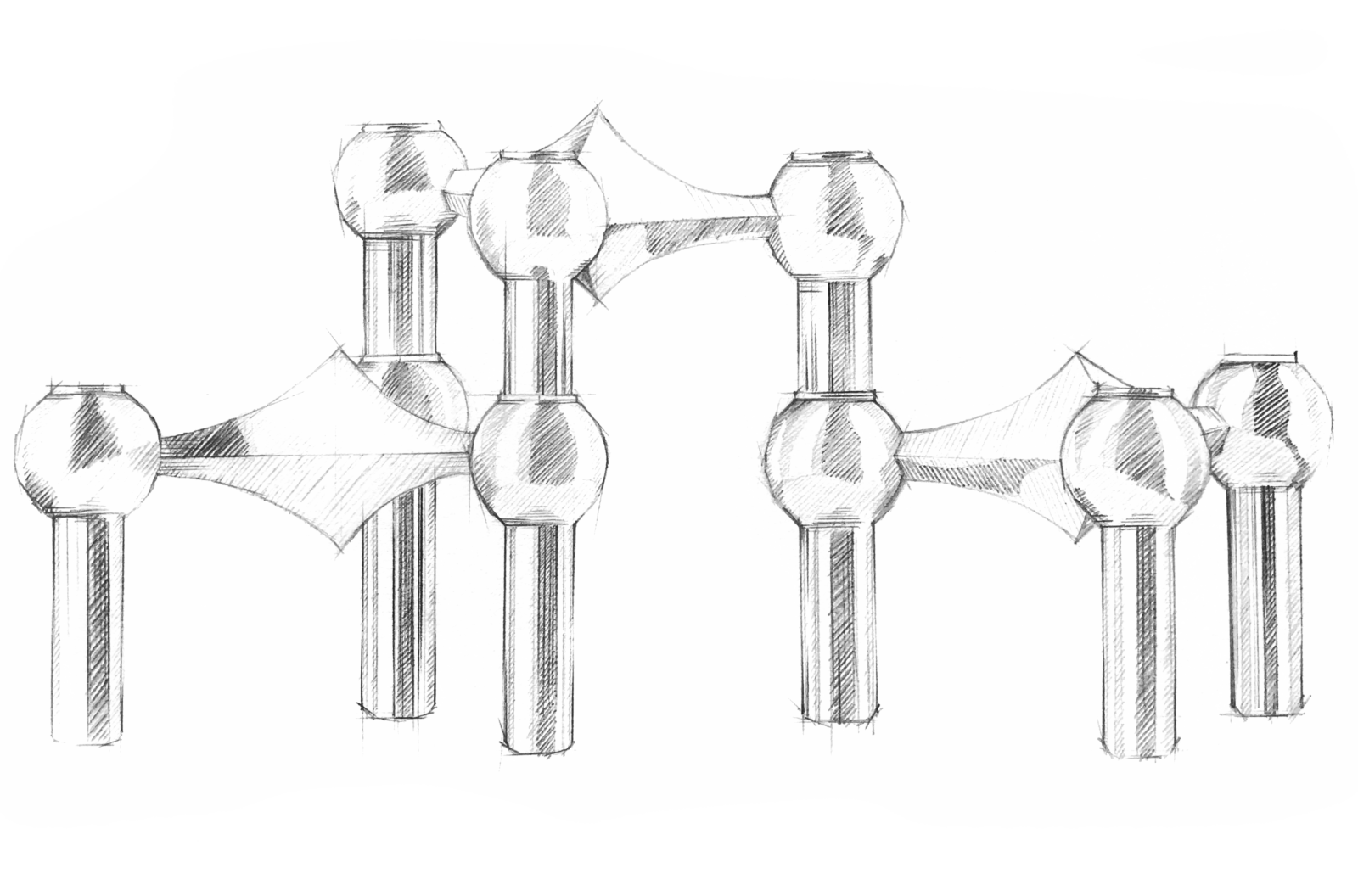 Launch of the first black chrome and rose gold candle holder and vase.

The dark metallic candle holder edition is rooted in the classic chrome color. The futuristic expression brings elegance and a masculine vibe into the interior decor.

The rose gold candle holder is an elegant interpretation of the classic candle holder colors. The soft, golden-tinged shade of pink adapts discreetly into its surroundings. A refined color adored by all in the STOFF Nagel team. 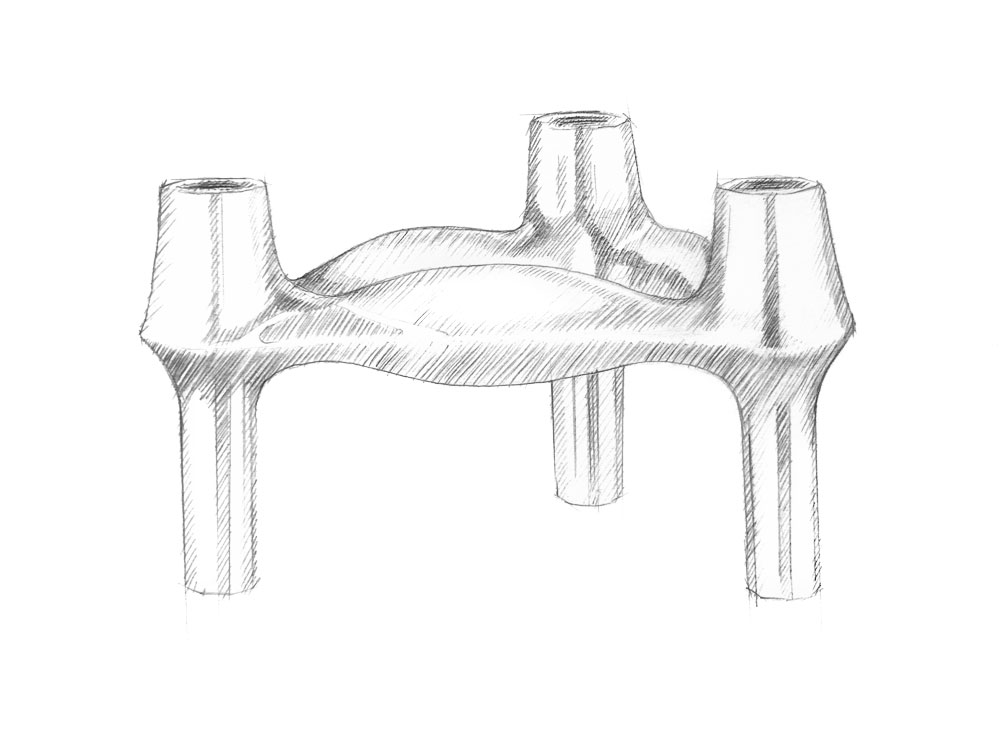 The BMF candle holder is among the most iconic candle holder designs from the prominent design decade of the 1960’s. The candle holder was originally designed by the Nagel company in the late 1960’s, but shortly after its launch it was handed over to the BMF company and produced from 1971 to 1985.

Today the BMF candle holder has joined the STOFF Nagel collection to continue the vision of rediscovering iconic design.

Join the STOFF Nagel universe and enjoy exclusive sneak peeks as well as great design inspiration. As part of our community you will get 10% off your first order.